If you take a look at transcription’s history, it becomes apparent why it is just as necessary, if not more, for us today. Transcription is an ancient practice, dating back further than you would imagine.

Transcription dates back as early as 3400 BCE when scribes were used by kings to record what they said and to make it into law. Being a scribe was a critical and lucrative profession. Young men would train in the art of hieroglyphics and scripts in ancient Rome and Egypt for years to become scribes.

Sofers were Jewish scribes. An article in “The Bible Odyssey” reveals how the profession grew in the population of the Jews. The would put the population’s oral tradition into writing, much of which became known as today’s Torah or the Old Testament. The article reveals that “as the Israelites’ identity and beliefs started to come into sharper relief in the centuries leading up to the Babylonian Exile, Jewish scribes began to invest more and more time in defining themselves and their religious traditions over and against neighboring cultures. Most of the oral history that the Sofers recorded came from merchants, who would trade stories with anybody.

Scribes in ancient China were first diviners. People would come to diviners for answers, and the diviners would record their answers on tortoise shells and bamboo before the invention of paper. Meanwhile, across the world, Aristotle, Plato, and other philosophers were captivating the population with their forward-thinking. Scribes would listen and write down what was said to ensure that their ideas would pass on from generation to generation.

The Development of Shorthand

In the 1837 Sir Isaac Pitman created the Stenographic Soundhand method. The technique that he created is currently in use. It was based primarily on sounds and was much more efficient than the method that had previously been in existence. Not surprisingly, the invention of phonography, or spelling like it sounds, is also credited to Pitman. There are some PDFs of Pitman’s work here on Open Library if you would like to take a look.

Shorthand is a method of abbreviation, and it dramatically increases the speed in which you can write or transcribe words. At the time, conversations weren’t recorded by tapes, or records, or in mp3 format. They had to be written down at the time of the interview. There is no rewinding. People often use shorthand to write down thoughts or take notes of conversations. Samuel Pepys, Charles Dickens, and Isaac Newton are all known for using shorthand.

Transcription was still a tedious process without the ability to record the audio from a conversation. There was no rewinding, and the transcriptions mostly still had to be done at the time of the event.

In the late 1970s, the invention of the portable recorders and cassette tapes transformed transcription again. Recordings made it much easier to transcribe, as transcriptionists could rewind and replay conversations. Because they were small enough to be portable, communications could be recorded anywhere and then brought back to the office for the transcriptionist to transcribe.

The Present and the Future of Transcription

That brings us up to where we are now. Computers came, and the internet came along and granted us the opportunity to work from the comfort of our own homes with little investment. We can download dictations, type them up, and send them back all in less than a few minutes.

With an increasing amount of media being in digital form, transcriptions are essential for a variety of reasons. The written text can get picked up by search engines, where audio can’t. Technology has brought whole new importance to having audio transcribed. Podcasters and YouTube users use transcription to increase the SEO on their websites. Lectures and videos online all need to be transcribed, and people are required to do it.

Speech-to-text is becoming better and better, but I wouldn’t go hanging up my headphones just yet. Human accuracy is still far superior to that of A.I., and they still have a ways to go until they can understand the nuance that is present in human speech.

However, human’s working in tandem with A.I. is a thing of the present and future. Often human transcribers edit machine transcriptions for accuracy. Companies like 3Play Media hire human transcript editors for just that purpose. The man and machine duo are far faster than a human alone and far more accurate than if it had been only a machine doing the transcription. 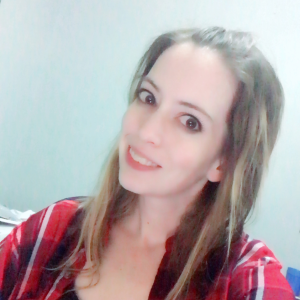